The development of large scale, complex, distributed software systems puts ever more strain on the ability of companies to control development and maintenance costs. For that reason architectures that promote separation of concerns, loose coupling and reuse have been designed.

The OMG CORBA Component Model (CCM) is a component based architecture intended to improve the possibilities for development of complex distributed systems as described above. The full specification however proved too heavyweight for most common use and therefor a slimmed down specification was created appropriately named Lightweight CCM (LwCCM). This version trims down on little used features as navigation, introspection and such, but retains the essential properties allowing proper implementation of component based systems.

It is not the strongest of the species that survive, nor the most intelligent, but the ones most responsive to change.

Component based architectures emphasize separation of concerns to achieve maximized decoupling. Its approach is to define, implement and/or compose loosely coupled independent (software) components that interact using clearly defined interfaces and arrange these to construct a complete system. 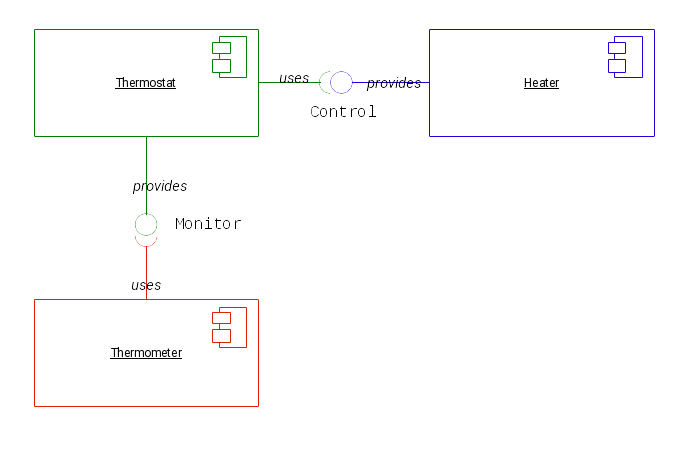 The encapsulation and strict interfaces are key to another important property of components which is substitutability. As components only rely on certain key aspects of the defined behavior of other components and interact over strictly defined interfaces without dependencies on actual implementation details it becomes completely feasible and even easy to replace components. As long as a component replacing another component conforms to the expected ('designed') behavior and uses or provides the same interfaces as the component being replaced the combined system should keep functioning without a problem.

Since the definition of a component relies on the interfaces defined to interact with it combined with it’s expected ('designed') behavior rather than it’s implementation, another key feature of CBA is provided through the flexibility with which combinations of components can be composed, named assemblies.
By selectively mixing and matching components it is possible to create a reusable collection that itself can be viewed as a component. Such a collection is called an assembly. 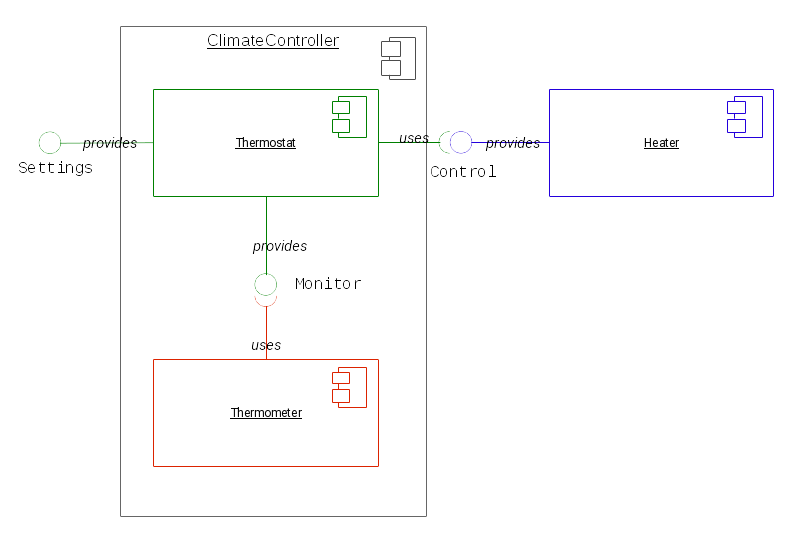 Figure 2 shows a component diagram with a component assembly composed of the Thermostat and Thermometer components from the previous figure. These are combined in what can be logically viewed as a ClimateControler component providing an interface Settings and using an interface Control. From the viewpoint of this component assembly the Monitor interface has now become an implementation detail.
Multiple compositions of ClimateController assemblies could be made available based on different implementations of the constituent components Thermostat and/or Thermometer.
Like a singular component, as long as an assembly conforms to the expected behavior and interacts through the same interfaces one implementation (composition) will be interchangeable with another. 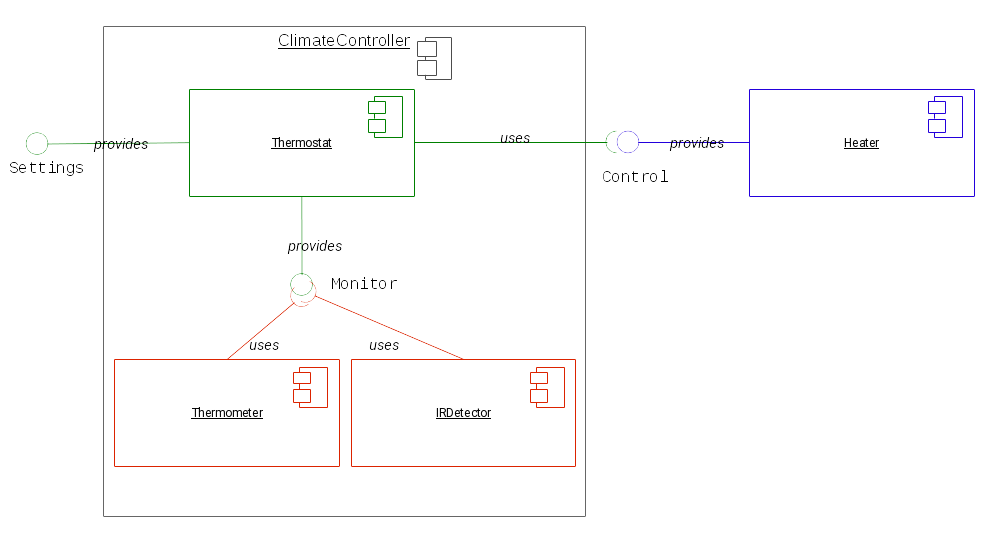 As figure 3 shows it would even be possible to redesign/extend and add some parts and create a more enhanced version of the ClimateController assembly that still remains interchangeable with simpler versions of the component assembly.